AirWair International (the U.K.-based manufacturer of the iconic Dr. Martens shoes and boots) sued ITX USA (a US affiliate of Inditex) claiming that several models of Pull&Bear shoes and boots distributed in the US by ITX infringed AirWair’s registered and common law trade dress rights. Inditex claims to be the biggest fast-fashion group in the world, operating over 7200 stores in 93 markets worldwide. The company's flagship store is Zara, but it also owns a number of other brands, such as Zara Home, Massimo Dutti, Bershka, Oysho, Pull&Bear, Stradivarius, Uterqüe and Lefties.

After a 5-day trial in San Francisco Federal Court, the jury found for AirWair. The jury affirmed the validity of the AirWair trademarks and found that the Pull&Bear boots and shoes infringed on AirWair’s registered and common law trade dress rights. They further found that the AirWair marks were famous and were diluted by the Pull&Bear boots and shoes.

AirWair had asserted in its Complaint that its protected trade dress included the welt stitching, a grooved sole edge, an angled heel and a double-layered platform sole. A test-control experimental design was used to isolate the effect of these elements on misidentification of the Pull&Bear boot as being from Dr. Martens. 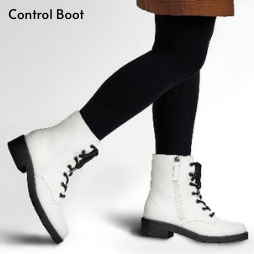 Robert Klein, Chairman and Co-Founder of Applied Marketing Science, Inc. (AMS), testified regarding the results of the post-sale confusion survey conducted by AMS via the internet. As Klein testified, the survey showed that a substantial number of women who saw the Pull&Bear boots being worn by a model would be confused and mistakenly believe they were Dr. Marten’s boots.

To learn more about AMS, Robert Klein, or trademark surveys, please contact us.